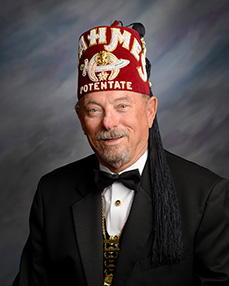 Jay B. Williams was born in Denver and lived most of his young life in the Rocky Mountains of Colorado. At times living on the farm, sometimes in the city. His family relocated to the San Francisco Bay Area in 1963. In his younger years he could be seen water skiing the Delta as well as the Oakland Estuary. He was a member of the Berkeley Water Ski Club.

Jay was made a Master Mason on September 30, 1970. He joined the Oakland Scottish Rite Bodies and received his 32nd degree in 1974, becoming a member of Aahmes Shrine in the same year. Jay had the privilege to be Worshipful Master of Acalanes-Fellowship Lodge in 1975. He was President of the East Bay Masters and Wardens Association in 1976. He served as Chief of the Aahmes Alchemists Clowns in 1981 and President of the Contra Costa Scottish Rite Club the following year. He later served as President of the Contra Costa Shrine Club, Potentate of Aahmes Shrine in 2010. Jay was also Chaplain of Aahmes Shrine for several years and assists in the kitchen here at Aahmes with the Purveyors. He still belongs to the Alchemists Clown Unit, occasionally being seen in costume at parades here and in Reno, when not riding his little car with the rest of the Divan.

He received the Grand Cross of Color for the Order of Rainbow for Girls and served several terms as Associate Bethel Guardian for Jobs Daughters Bethel’s 218 in Lafayette, Ca and 247 Danville, CA.

Jay is the proud father of three daughters; Lisa, of Roseville, Kathleen, a new mom, and Danielle who passed away in 2006.

He served an apprenticeship and was a member of the Plumbers’ and Pipefitters’ Union and sat on the Apprentice Board for time after becoming a journeyman. He was the successful proprietor of his own firm, Williams Plumbing, after spending a number of years working for various companies in the greater Bay Area. 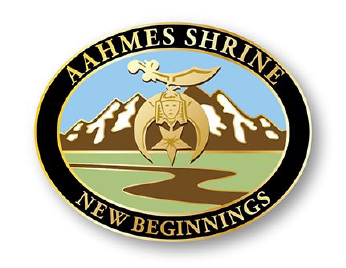 He currently commutes from Sparks, Nevada where he resides with his Lady Sally, and his dog Lassen (also known as Buddy). In his free time, (what free time?) Jay enjoys cooking, fishing, boating, reading and gardening.

Jay is also a member of Kerak Shriners, serving as Chaplin for 2016, and clowning around at their annual circus.